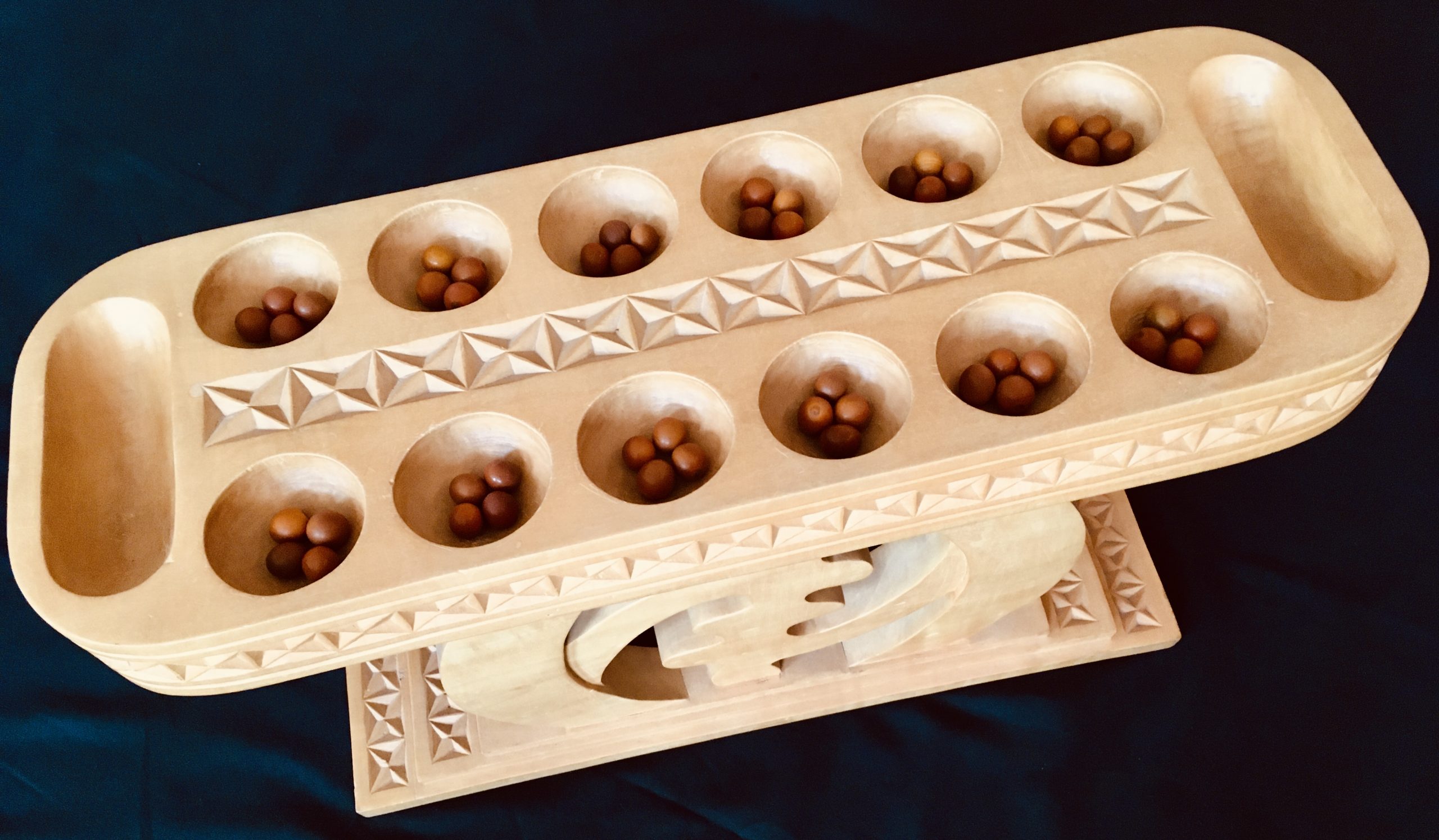 On 23 January 2021 at 22:57 UTC, Xavier Blanvillain (aka Bap), Oware European Vice-Champion in 2000, solved the classic strategic game Oware with a single computer and a multi-threaded brute-force algorithm.

All 827,240,309,058 possible positions have been calculated. The result is that the game ends in a draw if each player makes the perfect moves. In other words, the starting player doesn’t have a first-move advantage and should open the game with the right-most pit.

For 5,000 years, empirical experience has led Oware players to believe that any opening move is equally good. However, this research shows that playing from the other pits result in a loss by 1 seed.

This concludes the resolution of the game and corrects the erroneous claim by IT scientists in 2002 that the game was solved. Their database contained mistakes and the ruleset they adopted isn’t used by any Oware players.

This initiative to resolve the game has been supported since in 2013 by the Oware Society (OWS) and the International Association of Warri Players (IAWP).

Here is the result of the starting position: 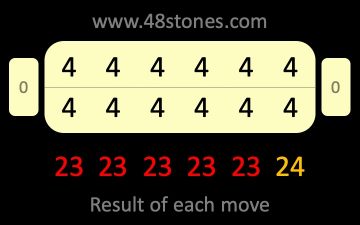 Explanation on how to read the result of each move: