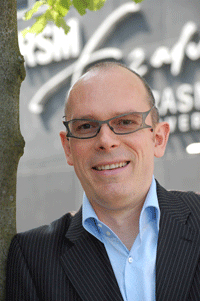 Xavier Blanvillain, born in France in 1969, has been playing Oware for over 30 years.  He first started competing in 1999, in competitions mainly organized by the Mind Sports Olympiad, the Oware Society and the International Association of Warri Players, which he co-founded in 2008 in Switzerland.  He has won prizes at both national and international levels, including Belgian champion in 1999, Italian champion in 2000, UK champion in 2002, European vice-champion in 2000 and 3rd International in 2019.  Solving the game of Oware has been his passion for the last 20 years.  He acquired supercomputers that made this research possible since 2011.

Xavier holds a MBA from the Rotterdam School of Management and a MSc from the French Grande École ESEO.  He has worked as an entrepreneur and a consultant, and currently works in innovative scale-up companies at executive level.